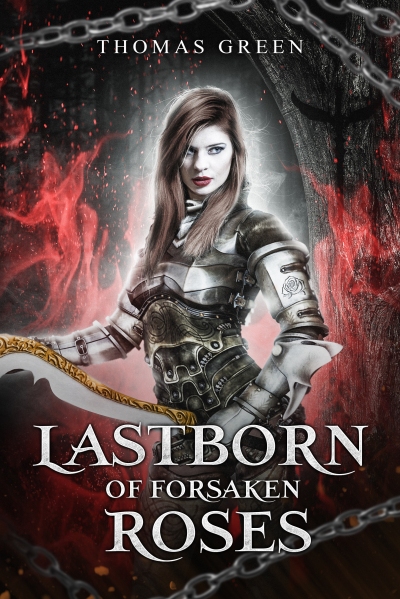 Freedom has a price.

Luna wants to find her place in the world. And so despite the ever-hungry beast living within her, she strikes a deal with a prince to fight for him in a cross-arena tournament. The blood of others is the price she is willing to pay for her dream of independence, of freedom.

Yet the world isn’t there to fulfill the hopes of a young girl. The competition turns into a war between its organizers, the Slaver Union, and the Order of Palai, which has had enough of slavery. The religious fanatics would burn her alive while the slavers would feed her to demons.

Caught between devils dressed in the skins of men, overwhelmingly powerful wizards, and the monstrous spirit devouring her from within, will Luna slip out of the jaws of destiny or die trying?

Read Lastborn of Forsaken Roses for FREE with your Kindle Unlimited subscription and look for it under Science Fiction and Fantasy.

This book has been written for adult audiences and contains explicit violence, creative language, but no explicit sex.

You can buy the book here.

There are also some free chapters available:
Chapter 1
Chapter 2
Chapter 3