And so have I released my second book. Was releasing two books at once a good idea? Probably not, but I’ve done it already. 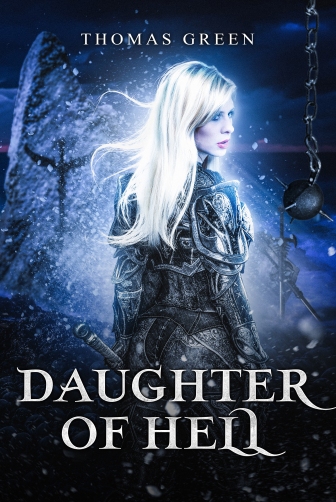 Destiny is not a choice.

Luna has never wanted to be a soldier, but the wheels of fate have yet to ask for her opinion. To clear off her debt to the Order, she sails across the ocean in its fleet. Far away from everything and everyone she knows, Luna must fight in the war against the demon princes, the almost-gods who plague the world and whom the Order has sworn to kill.

Beneath an endless storm, the hope of building a new life within the military is fickle, and the lives of her newfound companions are fleeting. When facing devils wearing the skin of men, the dream of ridding the mankind of the demonic infestation comes at a dreadful price.

Will she make the world a better place or end in a mass grave?

Read Daughter of Hell for FREE with your Kindle Unlimited subscription and look for it under Science Fiction and Fantasy.

This book has been written for adult audiences and contains explicit violence, creative language, but no explicit sex.

You can buy the book here.