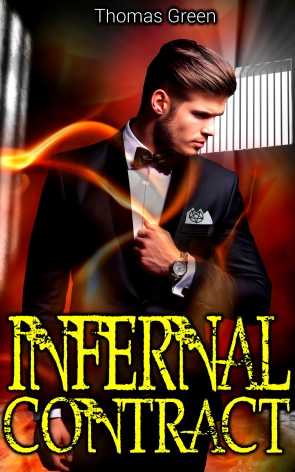 Lucas returns in his newest novel.

To force him to sign her contract, the Devil imprisons a fallen angel.

But he has an escape plan.

Despite once being the Greek underworld, Tartarus is now the Devil’s prison. She jails there whomever she pleases, mostly gods, demigods, mages, werewolves, and now also me, Lucas.

No one has ever escaped, so I’ll be first. My escape plan is utterly sane, involving Loki, Sun Wukong, an insider in the Upper Prison, a woman I’ve never met, a former friend I arrested, and my memory loss.

Since the Devil needs me alive, the prison’s overseer, Hades, cannot kill me. That turns the escape into an elaborate game where everyone is someone’s hostage. As we fight, the corpses keep piling up and the prison starts crumbling from collateral damage.

And so the Devil sends her right hand to clean things up.